The “72-Year Rule”, or, Why You Have to Wait Seventy-Two Years to See Census Records 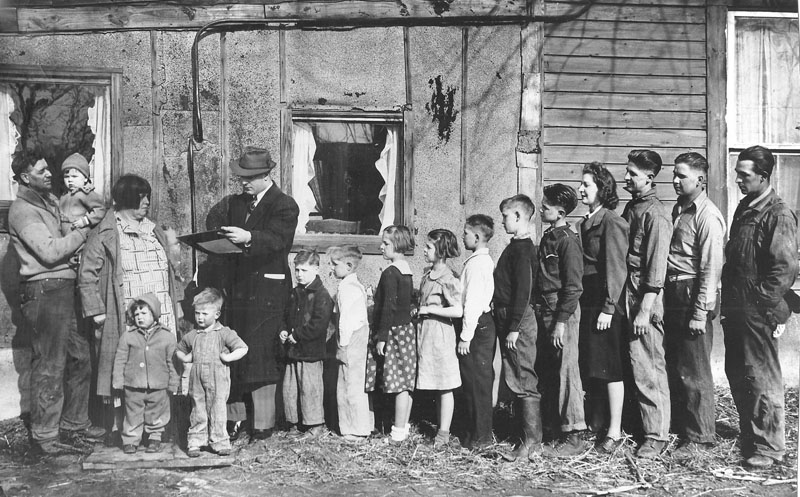 After seventy-two years, the 1950 census has legally been released for public viewing. That’s a big YAY for genealogists, most of whom probably know the “72-Year-Rule” regarding public access to federal census records. Many researchers used to think, erroneously, that this “rule” stemmed from the average lifespan of Americans at the time – seventy-two years. First, the “rule” did not originate from the average lifespan, and second, the average lifespan wasn’t even seventy-two years. In 1952, the U.S. surgeon general informed the public that average life expectancy was 68 years. During a congressional hearing on April 2, 1973, Archivist James B. Rhoads told lawmakers that the National Archives did not “find any evidence in the files specifically as to why 72 years was picked” for the 1952 agreement. You can see specifically the highlighted portion of Dr. Rhodes’s briefing before Congress here on page 5.

This blog will focus on the history of this “rule,” how it came into being, and a plausible reason why seventy-two years became the length of time between the taking of the federal census and its release to the general public.

In 1950, Congress passed the 1950 Federal Records Act, which placed a fifty-year limit on restricting access to executive agency records unless the Archivist of the United States determined that these records should be closed for a longer period. Dr. Wayne C. Grover, then-Archivist, testified that census records were one of those sets that could be closed longer than fifty years, but would eventually be made public and no longer restricted. The Federal Records Act took precedence over earlier laws, so the National Archives was legally allowed to make census records available after fifty years.

This action, however, was short-lived. In a letter to Dr. Grover dated August 26, 1952, Dr. Roy V. Peel, Director of the Bureau of the Census, stated that census records may have required a longer restriction period. On October 10, 1952, Dr. Grover acknowledged this, and they agreed on a seventy-two-year period of closure for all population censuses transferred to the National Archives. This agreement meant that the Archives could open the 1880 census records in 1952 and the remnants of the 1890 census in 1962 (most of the 1890 population schedules were damaged or destroyed in a 1921 fire in the Department of Commerce building). The 1790-1880 census records were not covered by any confidentiality legislation, so they were transferred to the Archives with no restrictions.

Just prior to the National Archives opening the 1900 census records in 1972, the Census Bureau argued that the 1952 agreement was invalid because it conflicted with Title 13, Section 9 of the U.S. Code, which required safeguarding census records because confidentiality was promised to all citizens when enumerations were taken. To the Census Bureau, this meant that access to these records should remain closed forever. However, the Justice Department decided on June 14, 1973 that the records could be opened, so the 1900 census became available but only to qualified researchers at that time. A “qualified researcher” was a historical, legal, or genealogical researcher, and this person had to travel to a National Archives facility to do his or her work with the 1900 census; additionally, reproductions of these records were severely restricted. The research community voiced concern over these limitations, and in 1977 the Archives lifted all restrictions on the 1900 census. It also allowed any public and research institution to reproduce entire rolls of census microfilm.

On November 11, 1975, HR 10686 was introduced in Congress, proposing that census records be made available seventy-five years after the census was taken. During the hearings, Acting Archivist Dr. James E. O’Neill testified:

Nevertheless, the Census Bureau still argued before Congress for restricted access to archival census records. Their main contention was that census records were unique because they contain names, addresses, and other personal information for all residents. Moreover, the federal government obtained this information from residents under penalty of law for refusal or failure to answer the questions. Violation of the assurance of privacy, in addition to the fact that answering to the enumerators was mandated by law, the Bureau insisted, would have a profoundly negative impact on the taking of future federal censuses.

So in 1978, Congress settled this disagreement by codifying the 1952 agreement between the Archivist and Census Bureau director. The new law, passed on October 5, 1978, required that release of any personally identifiable information from census records should be governed by the 1952 agreement, except for the person named in the record or their legal heir. Any changes to that agreement must be in accordance with both the Archives and Census Bureau, and published in the Federal Register (92 Stat. 915; Public Law 95-416; October 5, 1978).

Because the agreement restricted access to census records for seventy-two years, it became known as the “72-Year Rule”, which still governs the release of census records to this day, a mutual agreement that eventually became codified in law.